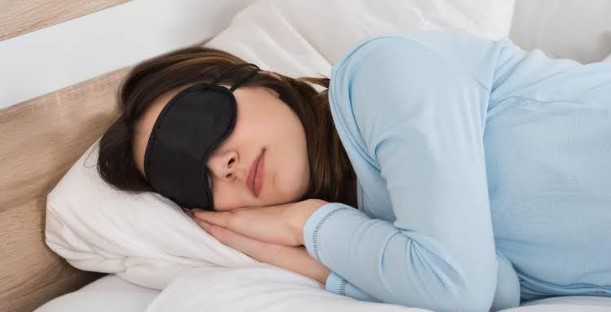 Sleep, caffeine, and alcohol have a complex relationship. Caffeine works as a stimulus in the body. It makes an individual active and alert. Caffeine can also lead to insomnia and sleep deprivation due to its active component. However, alcohol works as an intoxicant that induces an individual to sleep. The use of alcohol causes a person to pass out. Both caffeine and alcohol disrupt the natural sleep cycle and circadian rhythm that is not healthy.

Research On Sleep, Caffeine, And Alcohol

Researchers have been conducting research on the link between sleep, caffeine, and alcohol over a protracted time.  Research in 2001 by Sleep in America poll resulted in 43% individuals answering that they are very likely to use caffeine to avoid sleepiness during the day. This shows that caffeine is a great booster and stimulant to avoid sleep. Further research on this proved that it also leads to insomnia due to its stimulant properties.

In 2016,  the research concluded by the Institute for scientific information on coffee, explained that factors like age and sensitivity level determine the way an individual would react to caffeine intake. Caffeine reacts on adults and children in different ways as their sensitivity levels vary.

Research illustrates that moderate amounts of alcohol are not harmful. Two to three servings in a week do not harm the sleep cycle and the circadian rhythms.

In 1939, Kleitman conducted experiments on the link between alcohol and sleep. His experiments proved that alcohol works the natural sleep cycle. He also concluded that daytime fatigue and tiredness are due to the consumption of alcohol and physiological processes are affected. Alcohol affects the natural sleep cycle, circadian rhythms, metabolism and blood pressure.

How To Sleep After Drinking Caffeine

Caffeine affects last for four to five hours after the consumption. However, there are different methods that can help an individual sleep after the consumption of caffeine. Relaxing the body is a method. Avoiding the use of mobile phone and laptop when trying to sleep can help.

Bright lights worsen the situation if an individual has consumed caffeine. The room should be dark, quiet and peaceful when trying to sleep. An individual can also relax with the help of a hot shower. Hot showers comfort the body and help to sleep.

Yoga can also be helpful when trying to sleep after the consumption of coffee. A corpse pose is a yoga pose and helps to relax and sleep. An individual can also try sleeping with the help of sleep music. It also helps to relax the body and sleep.

How Long Does Caffeine Last?

The lasting caffeine effects depend on the amount of consumption. The normal time that a cup of coffee takes to neutralize is four to five hours. Caffeine starts to affect the body within 15-20 minutes of the consumption.

The variables such as age and sensitivity levels also determine the period of the effects. Children are more sensitive, this means that caffeine can affect them more than adults.

Positive And Negative Effects Of Caffeine

As caffeine is a drug, its excessive consumption can cause an addiction. The regular consumers become vulnerable and get addicted which leads to caffeine dependence. Caffeine dependence causes fatigue, feeling of tiredness, headache in case of withdrawing of caffeine.

Caffeine addiction can lead to insomnia and the disruption of circadian rhythms. It destroys the sleep cycle that causes daytime fatigue and inactive behavior. The disrupted circadian rhythms can cause health issues such as low metabolism, weak immunity, and high blood pressure.

It raises blood sugar levels and blood pressure. Research has proved that the intake of caffeine increases the blood pressure that can be harmful to heart patients. The rise in blood sugar makes it arduous for diabetes patients to manage the insulin levels.

Caffeine can react to certain drugs that cause serious health problems and allergic reaction in the body. The drugs that can react with caffeine include thyroid medication and medications for psychiatric disorders.

However, along with the negative impacts of caffeine, there are positive aspects that can not be ignored. Research at the National Institute of neurological disorders and stroke proved that individuals with high caffeine intake are less prone to Parkinson’s disease.

Caffeine intake also reduces the chances of dementia and Alzheimer’s disease. It also has a stimulant that works as a mood booster and refreshes an individual. The consumption of caffeine also helps to stay awake in times of work etc. Caffeine has elements that help to prevent oral and throat cancers. It also protects from heart disease and the risk of strokes.

Positive And Negative Effects Of Alcohol

The way alcohol impacts the body depends on the amount consumed. Moderate amounts of alcohol can be healthy. For example, two servings of red wine in a week can be beneficial. However, the excessive use of alcohol can negatively the body and disturb the sleep cycle and the circadian rhythms.

The use of alcohol also causes difficulty in breathing leading to sleep apnea. As the muscles relax with its consumption that leads to difficulty in breathing. Sleepwalking and insomnia are also common effects. The consumption affects the circadian rhythms the most. Alcohol disrupts the normal functioning of the sleep cycle that affects the immune system and the metabolism. It also leads to insomnia, high blood pressure, and liver problems.

Alcohol consumption reduces the REM sleep period and an individual directly enters the Non REM sleep. This affects the normal body function and the quality of sleep is lost. In the REM sleep, an individual relaxes and reinforce the memory. The loss of REM sleep can lead to memory loss in a shorter period and problems like Alzheimer’s disease and dementia in a longer period. Diabetes and heart disease are also the risks of alcohol consumption. Alcohol affects the insulin production that can lead to diabetes.

There are limited positive effects of alcohol. Research has proved that use of alcohol in moderate amounts can help prevent cardiovascular disease. An example is the consumption of red wine in limited quantity.

If consuming alcohol, the time and quantity of consumption should be considered. It is preferable to consume not more than two servings in a week and that too during the daytime. It is preferable to consume red wine, as it is a healthier option. A recommendation is to avoid using alcohol as a sleeping aid as it affects the natural sleep cycle and the circadian rhythms.

Caffeine consumption should also be restricted. It is best to have less than 200 mg of caffeine. More than this quantity can lead to problems. A recommendation is to avoid caffeine before bedtime as it stimulates the body and is a cause of insomnia. Caffeine consumption should be avoided a minimum of four hours before bedtime because the effects last for four to five hours. Excessive consumption of caffeine is also not preferable as it promotes sleeping disorders.